The rapidly developing COVID-19 situation and talk of a possible / probable global pandemic, has made me reflect on my prior experience as the Manager of BCP at Air New Zealand back in the 2000’s – a period where, thanks to SARS and Bird Flu, the world learnt first-hand how the rapid rise of mass global travel had changed the speed and means of viruses spread and hence the threat to human society.

While the WHO and health authorities across the world developed their understandings, I also personally took lessons as a risk professional.

Airlines are fascinating businesses to be involved in – exciting – even now still glamorous, fast paced, complex, multi-facetted, always in the public eye and always as sense of being on the edge – bookings coming in by the second, rosters being built, flight plans being lodged, aircraft loading, departing, landing, heading to maintenance, returning to the line, crews briefing, new product role outs, tax to pay, fuel to hedge, ongoing recruitment and training, new staff qualifying, on so on – and everyone has a view on your fares, or your logo  or your routes – from your neighbour to the head of the opposition party.  One minute profitable and yet, always vulnerable to disruption from many quarters whether it be global events affecting fuel price or closing borders, power outages at the hub airports or at the data centre or engine issues forcing the grounding of a fleet.

Given this context my perception of probable disruptions on joining the airline was that disruption events would invariably be sudden and unexpected and hence the style of the planning of my department reflected that.  We worked very closely with the Emergency Response team and notification channels were configured around the central role of the 24/7 operations centre.  Sure the environmental scans and risk identification processes were being undertaken, but always, on reflection, with an unwritten sense that we were going to be responding to the sudden or at least rapidly developing situations.  However, SARS was not like that!

Remember – this is back in late 2002 – the term SARS hadn’t been coined, Bird Flu, Swine Flu were not terms the public had heard of.  Sure we knew the world had suffered major health events in the distant past, and Spanish Flu was something you’d learnt about at school but maybe had forgotten about.

The first point at which I realised that the early news articles about this flu-like respiratory illness required my attention – indeed full attention – was via an internal memo about some international cabin crew expressing unease and seeking advice from HQ. This unease was such that the very real possibility that some crew would refuse to fly to some destinations. Hearing that was the point at which I recognised this as requiring a BCP response – but none of the pre-prepared plans would cut it – a different more multi-dimensional response was required – one that covered all aspects of the business but where uncertainty was the key feature.  Sure health of crews was the bottom line, but given the large remote workforce, the initial response above all had to be about communications, advice and reassurance.

From that point on things moved fast.  While the medical advice formed the foundation of the planning, the high level of uncertainty as to how this novel virus and its spread would evolve required broad thinking across many departments.  A drop in demand quickly became apparent – but how deep would the hit on revenue be?  What would the government’s response be? Ban some travellers? Shut the borders? At what point do you send staff home and await recovery vs when the hard point at which lay-offs need addressing – lots of uncertainty, lots of analysis, lots of rapid scenario gaming.  In the end, a 12% hit on revenue was not so bad – Who’d have wanted to be in Cathay’s shoes!  Hats off to them.

So what were my own key lessons?  I had a few:

We now have COVID-19 (please see Kevin Oldham’s excellent personal perspectives in earlier posts), we’ve had SARS II, Swine flue, Middle Eastern flu, Ebola – the list goes on – this is the new normal.  As the world becomes increasingly connected – both physically and via social media, the risk becomes more complex and our response planning needs to keep apace.

Have plans, test the plan, be flexible but above all keep attuned to the human factors and communicate.

Take care out there! 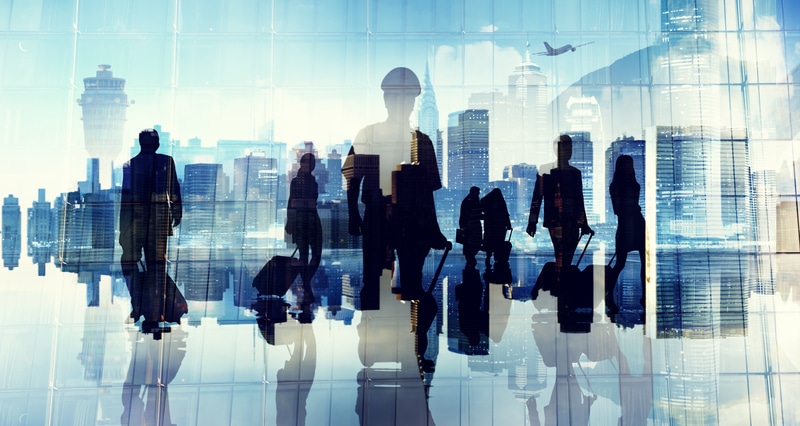